The Czech Powerchair Hockey league is the highest club competition in the Czech Republic organized by the CPHF. Every Czech club can participate in this league as long as its members are focusing on the electric wheelchair floorball and complies with the rules of the CPHF. League competition is divided into the autumn and spring part. In the competition, each team plays against each team.  The last round of the league is the Play-off with a specific gaming system which decides about the winner of the league (Master of the Czech  Powerchair Hockey league.

In 2007 the first Championship of the Czech Republic was organized on which three teams participated – Snow Wolves Janské Lázně, EWSC Lita Sport Prague (today Jaguars Prague) and Rejnoci Zlín. The following year 2008 the usual national league competition was set up in the Czech Republic. It was played from February until November in several rounds – their number depending on the number of teams participating. Each league round was organized by the participating teams in cooperation with the CPHF. Since 2015 the new league mode was set up. The season begins in September and ends in May. 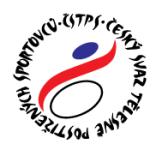